According to Sun Sport, Arsenal academy prospect Matt Smith could leave the club permanently, with multiple EFL Championship sides looking to sign him up this summer. The 21-year-old is yet to make a senior appearance for Mikel Arteta’s side while spending the last few seasons away on loan. As Mikel Arteta rebuilds his senior squad, there is plenty of activity happening below with Arsenal’s Under-23 team. While several players have already left on loan deals elsewhere, a few have departed permanently. 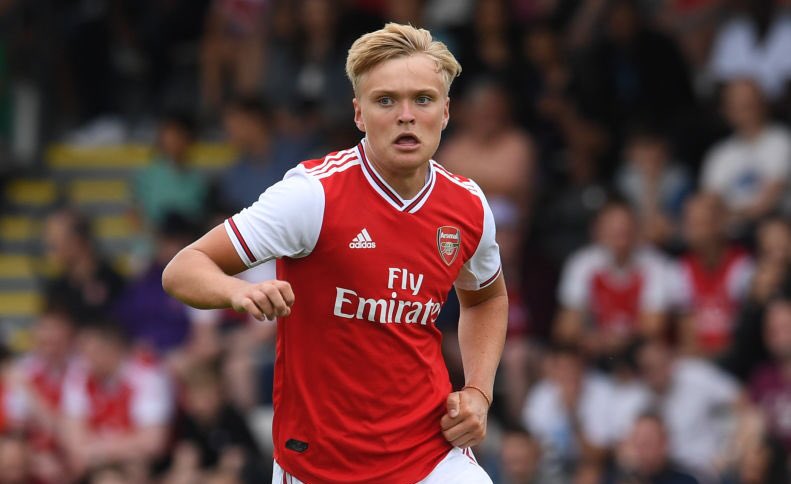 Daniel Ballard’s move to Sunderland was the latest departure from the U-23 side, and there could be more exits on the cards. There is a feeling many players have grown out of the team and are looking for regular senior football, which may not be possible under Arteta at the moment. While those on the cusp of a departure remain highly rated by the club, there are better players in the senior squad occupying their positions. For instance, the recent rise of Charlie Patino and Folarin Balogun has restricted the paths of other rising stars such as Miguel Azeez and Matt Smith into the first team.

Azeez is linked with a loan move to Girona, while another teammate Jordi Osei-Tutu has departed the club for VfL Bochum in Germany. There have been as many as five other players who have left the academy temporarily, while three more have been released from their contracts.

Arsenal are now looking to sell midfielder Matt Smith, with plenty of interest coming from EFL Championship sides. Millwall and Luton Town are linked with a move for the midfielder, who spent the previous season in League One with Doncaster. While his performances were impressive to an extent, Smith could not help Doncaster avoid the drop to League Two. Having returned to pre-season at Arsenal, the 21-year-old has been involved with the first-team squad and has travelled to Germany for the Camp. Theo Walcott once said the youngster is destined for great things.