Southampton attacker Theo Walcott was absent again as his team came from two goals down to secure a draw at the home of Brighton and Hove Albion via a 2-2 draw in the Premier League on Saturday afternoon. 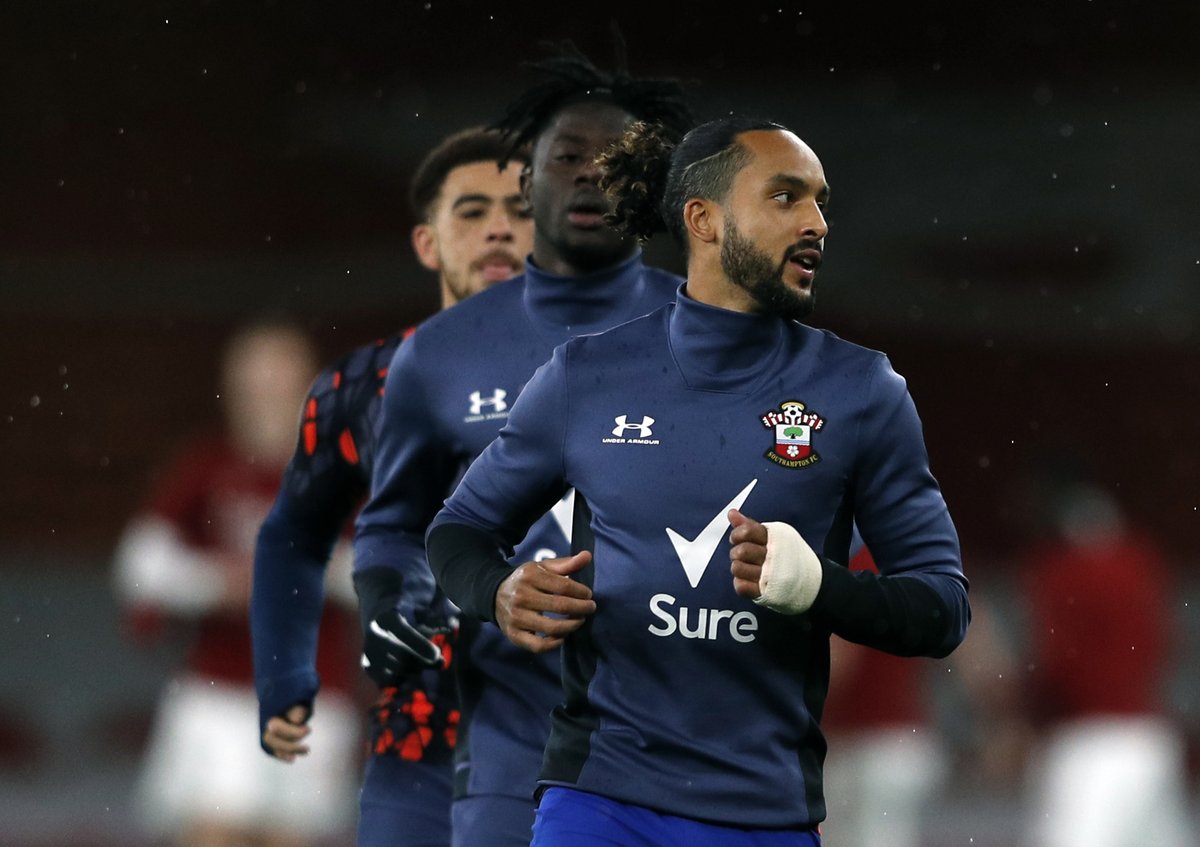 England international Danny Welbeck is a former Arsenal teammate of Theo Walcott and he gave hosts Brighton the lead inside the first two minutes as he pounced on the error from Southampton goalkeeper Fraser Forster who had impressed a great deal during recent games against Chelsea and Arsenal in the Premier League. Brighton doubled their lead with a minute left in the first half courtesy the own goal from Southampton defender Mohammed Salisu and there was still time for the Saints to pull one back thanks to the free-kick from James Ward-Prowse. The England international midfielder took his Premier League free-kick tally to 14 with his strike in the fourth minute of first half added time to ensure that Southampton went into the break with a one-goal deficit. Ward-Prowse is now four free-kicks away from matching the record set by former Manchester United midfielder David Beckham several years ago. In the second half, Southampton completed the comeback with the second goal from Ward-Prowse to secure a point from the game.

The Walcott missed the game at Burnley just as he was absent for the Brighton game. He has now missed out on the last three Southampton games against former team Arsenal, Burnley and Brighton. The Englishman is no longer a regular at Southampton in the first of the two-year contract he signed as a free agent last summer. Walcott was a regular in the Saints first team when he returned to the club as an Everton loanee last season. The forward was in the last year of his contract at Everton when he joined Southampton on loan last season.