Former Everton favourite Steven Pienaar has said that the Toffees were poor defensively during the FA Cup fourth round tie against Millwall on the road. The Merseyside outfit went as favourites for the Cup tie against the Championship outfit but they could not salvage the desired result with Millwall scoring the winner in the dying seconds of the game. 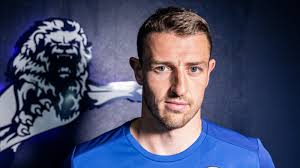 Following the match, Pienaar expressed his disappointment via his official Twitter account and indicated that the players should have done much better in terms of defending in set-piece situations, he tweeted: “I have worked under different coaches and as a player you get bored when you hav to do 20 minutes to defend a set piece, but we put the effort in because we believe if we don’t concede from them we have a proper chance of winning the game. Shameful to lose like that.”

The Toffees were holding a 2-1 advantage heading into the final 15 minutes when Jack Cooper levelled the scores for Millwall. Thereafter, both teams appeared content to settle for a replay until the dying seconds when the hosts scored from a free-kick where Murray Wallace found the scoresheet from close quarters.

The game was undoubtedly marred by the criticism of the referee, who failed to spot a blatant handball in the lead-up to Millwall’s winner but that nonetheless does not hide the fact that the Toffees should have done much better to react to the situation. With the defeat, Marco Silva’s team have lost back-to-back games across all competitions but they have the opportunity to return to winning ways when they face bottom side Huddersfield Town on the road this weekend.

The Terriers are currently 11 points adrift of safety and the Toffees could pile more misery on them this weekend. Everton are presently 11th on the table with 30 points, three adrift of Watford, who are placed seventh and have the chance of qualifying for Europe next term.